It feels a little strange. It’s #rarediseaseday2015 and I’m at home, in pyjamas, not rushing about in a panic. I’m burbling on social media, avoiding writing a speech, but generally having a normal-ish day. It’s very odd.

For various reasons, our annual event is being held on Tuesday- the anxiety and chaos are simply delayed by a few days.

One of the top hotels on the island made our charity an offer of a splendid venue. We were delighted to accept, but the location presents its own risks in terms of turn out. We wanted to move away from the city, to bring academics, doctors and researchers close to patients, rather than making patients travel huge distances, again. To facilitate participation from folk who may not normally have the opportunity. But many healthcare professionals and managers have city based clinics, or aren’t allowed to travel outside their normal area, and may patients and families are, well, unwell. We can only try.

Ditsy and I are travelling together. The long term reader will recognise the signs of impending trouble. Goodness knows what tales there will be to tell, but there will be giggling and faffing and squabbling. The fancy hotel will not know what’s hit it.

We’ll turn up with a car full of posters and banners and popups and blu tack. I need to investigate bags of random stuff around the house to see if they contain conference essentials. We assume there will be emergency shopping. With any luck, I’ll remember to get my dress out of the dry cleaners.

I must write that speech.

Are you bored by the ice bucket thing yet? There’s such a lot of it about. Celebs and randomers getting wet just to make a video and announce to the world that they’re making a donation to charity. Needless, tasteless and narcissistic.

Except… it’s not any of those things.

Often compared to the #nomakeupselfie as a social media notion that went mainstream and raised  much money for cancer charities, the impact of #icebucketchallenge could be much greater. It’s an opportunity for money to go to charities and conditions that are not so well known, and not generally funded. Today the ALS Association announced that they’ve received $68 MILLION more this month than in the whole of last year. Incredible stuff, impacting on often forgotten people.

One in 17 people in Europe is affected by a rare disease. You know more than 17 people.

In Northern Ireland, over 100, 000 people are affected, roughly equivalent to a population the size of Derry/ Londonderry. Because there are over 5,000 rare diseases, numbers affected by any particular condition are small, but collectively rare disease is common. We need to take opportunities, we need to work together. That’s why we created the Northern Ireland Rare Disease Partnership (NIRDP). That’s why we volunteer hours to build relationships, to raise awareness, to support each other.

We know what’s it’s like. Girl1 and Girl2 stuck their feet in a basin of iced water. They were drenched by iced water. They know why the water was iced- it’s not about the fun, but the loss of sensation. They know that the shock and helplessness they experienced was temporary and therefore fun. They know it wasn’t like that for their grandmother, Herself. They know the impact of a rare neurological condition. They remember how a vibrant, busy, fiercely independent woman became bedbound, unable to do anything for herself and barely able to communicate. We all remember. So a bit of cold water is nothing to us. No ice for Jake – we’re not that mean!

There’s nothing special about today.

I have a list of things to be doing.

Then I read Isobel’s beautiful post. As I reread it, I heard the song playing on the radio.

I had a little wallow, a wee drip and a sniffle. It happens when I least expect it. When I have other plans.

I thought about Herself, and the woman I spoke to last night whose husband was recently diagnosed with PSP. I thought about those more recently bereaved than I, and those dealing with the ongoing chaos and firefighting that accompanies a parent’s decline.

In my middle age, I want to still be able to do something with my late parents. I’d love to hold them, tease them, walk on the beach with them. 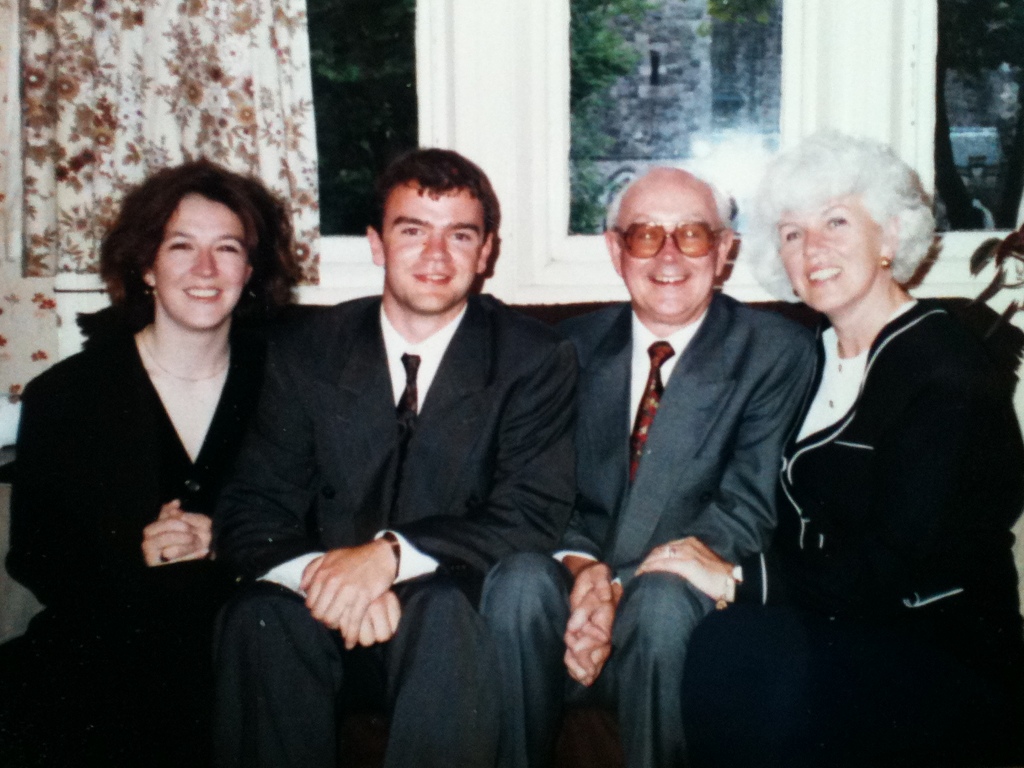 Instead, I miss them. I blog about them. I volunteer because of our experiences.

We were early. We had jobs to do.

Luckily, those included drinking coffee and consuming yummy pastries. Yes, there was influencing, relationship building, and all manner of worthy stuff; that is both fuelled and eased by coffee and pastry.

The Ministers (Northern Ireland and the Republic of Ireland) spoke positively.

The session chairs kept to time.

More work will happen as a result of the day.

A good result in anyone’s book.

Planning for the 2014 event is already underway.

all photographs courtesy of ipposi