I have been known to grumble about the state of the world. Politics fascinates and depresses me. I joined a political party once and youngest was horrified that I might stand for election and embarrass her by being displayed on lampposts. That’s not for me. Political parties are broad churches and each has policies I couldn’t support. And I couldn’t cope with the lamppost thing.

I’ve had a chronic illness and been unemployed for 14 years. I spent a while on the sofa watching The West Wing (still a delight). I’ve been fortunate enough to be able to do some volunteering over the years. I was a meeter- greeter/ signpost at the Cancer Centre. I posted information packs for a small charity. I told the story of my mother’s rare disease. I helped found a charity. I told other stories and organised conferences. I chatted to patients, carers , policy makers and Ministers. I wrote funding applications. The charity employed staff to deliver something new for Northern Ireland.

And then I ran out of steam. The well ran dry. I resigned from my voluntary role and went back to sleep. I Marie Kondo’d 2 cupboards. I licked my wounds and went to the seaside. I hoped I would recover a bit, and wondered what I might do next.

Why not apply for this?, said the Nudger in Chief.

I can’t do that. My brain doesn’t work. I need to sleep some more.

It doesn’t start yet. By September you’ll be getting bored, so fill in the form.

You can do it.

I submitted the form at the last minute, convinced it would come to nothing. It turns out that Boardroom Apprentice is the best thing I could have done.

The programme provides group learning, team work, and practical experience for a year with a board. Simply meeting people doing the role is a great way to demystify who a board is for. And there’s more: support from experts to learn more about governance, communication, questioning, numbers, partnerships; opportunities to participate in events on local government and cyber security (who’d have thunk?); chatting to senior civil servants in a queue; learning to get comfortable being uncomfortable.

I’ll never be a politician, but there are many ways to make a difference. My confidence continues to wobble and I’m lucky to have people to tell me to wise up.

Decisions are made by those who turn up. What’s stopping you? Apply now. You can do it.

Northern Ireland lives in its past. Politics is still about making sure that “themmuns” don’t do better than they should. There will be nod towards agreement and then a stalling, because it is better to go nowhere than to give an inch. Ideally, of course, the fault for the failure to progress lies with one’s political opponent. The victims of the failure are always the rest of us.

The current victims of political stalling are The Victims, those injured, bereaved, or providing substantial amounts of care for injured, as a result of a conflict related incident. Colin Davidson produced a moving series of portraits, Silent Testimony, of some of the people waiting for an acknowledgement of their loss.

There is to be a pension, on a scale up to ten thousand pounds per year for “those injured through no fault of their own”. Spot the difference? While apparently caught up in a circular argument between London and Belfast about which pot the payment will come out of, the real bone of contention is about who qualifies as a Victim. Clearly, not themmuns. A stated aim is to promote reconciliation, but that won’t happen if you give money to the baddies as well as the innocent citizens, in this fantasy black and white world.

In the real world with all of its shades of green, red, white, orange, blue and grey, many many people are experiencing worsening health. People are unable to work and build up pensions. People with disabilities rely on state benefits and the support of friends and families.

80,000 people are thought to be ‘shielding’ from coronavirus.

All those families know the cost of disability. A pension for some extends the hierarchy of victims into disability. It says that one is more deserving than another. In an attempt to acknowledge and address the suffering of victims and survivors of the prolonged conflict, they are disregarding thousands of others.

A wider conversation is necessary about the true cost and price of living with a disability, as it impacts on all of us. Repartions are a symbolic acknowledgement of victimhood, not justice for all. In NI we are very good at narrowing our vision. It’s time to think bigger, to be bold and to move towards working for all of our society.

The world doesn’t let up, does it? It keeps on doing its thing as we lurch from one failure of leadership to another, but with added pandemic. At the weekend I saw lambs and primroses, my annual cause for good cheer. We had fresh air, waves and sunshine, and we will have again. But not just yet.

Two of us are ‘essential workers’ and get to leave the house to gather up germs and ick. Both girls are experiencing remote learning. Spurs Fan is a revelation. Traditionally a technophobe, he’s actually having fun, learning new things daily, and embracing them as the way forward. While he is teaching remotely, school is still open also (for the children of other essential workers) and the number attending has been very small- freed from crowd control and behaviour management, its a whole new experience.

I spend a lot of time home alone normally, so my biggest change is having people around all the time. Luckily, they are grown ups and don’t need entertained from 6am. Harry is very happy with the company, and shows it by sleeping on all the beds.

There are many instructions and videos about staying in, hand washing, social distancing etc. People are taking this seriously. But one video isn’t about the scare. It’s about acknowledging what we can all do, and it gives me goosebumps.

It’s been an odd week. Lots of resting & very little thinking. I’ve been reading fun things or browsing social media. But when I went to read some non fiction, I didn’t get through the first chapter. The latest in the Scottish crime series I’m enjoying doesn’t seem as gripping. I’m not interested in anything.

I don’t watch the news; that’s what Twitter is for. But I keep seeing awful, embarrassing things. I’m numb, yet horrified. I have no idea where the anger has gone. Am I right back at simple denial?

I think, in my own ridiculous way, I’m grieving. For hope, community, shared values & mutual learning. For the opportunities my children won’t have, and for the US chickens we’re going to be stuck with.

Brexit is happening & I’m still not happy about it. 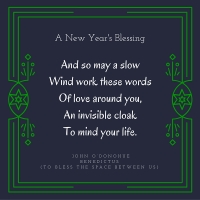 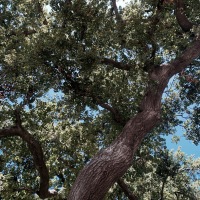