We didn’t even make it to the hotel without some minor crises: Ditzy D spilled coffee all over herself before we got on the train, Treasurer nearly lost a leg when the taxi pulled off as she was getting in, and Chairperson was so heavily laden with posters, leaflets and tshirts that we feared she may drop some of the sparkly stuff.

Probably because Chairperson and I had been supremely annoying in the build up to the conference, our offers of help for the afternoon set up were politely declined. This provided an excellent opportunity for window shopping or a pre party bath and snooze. (I’d hoped for the former, but enjoyed the latter.)

We had our charity first birthday party- cake, sparkles and giggling- a happy half hour of silliness before we went downstairs for grown up mingling. 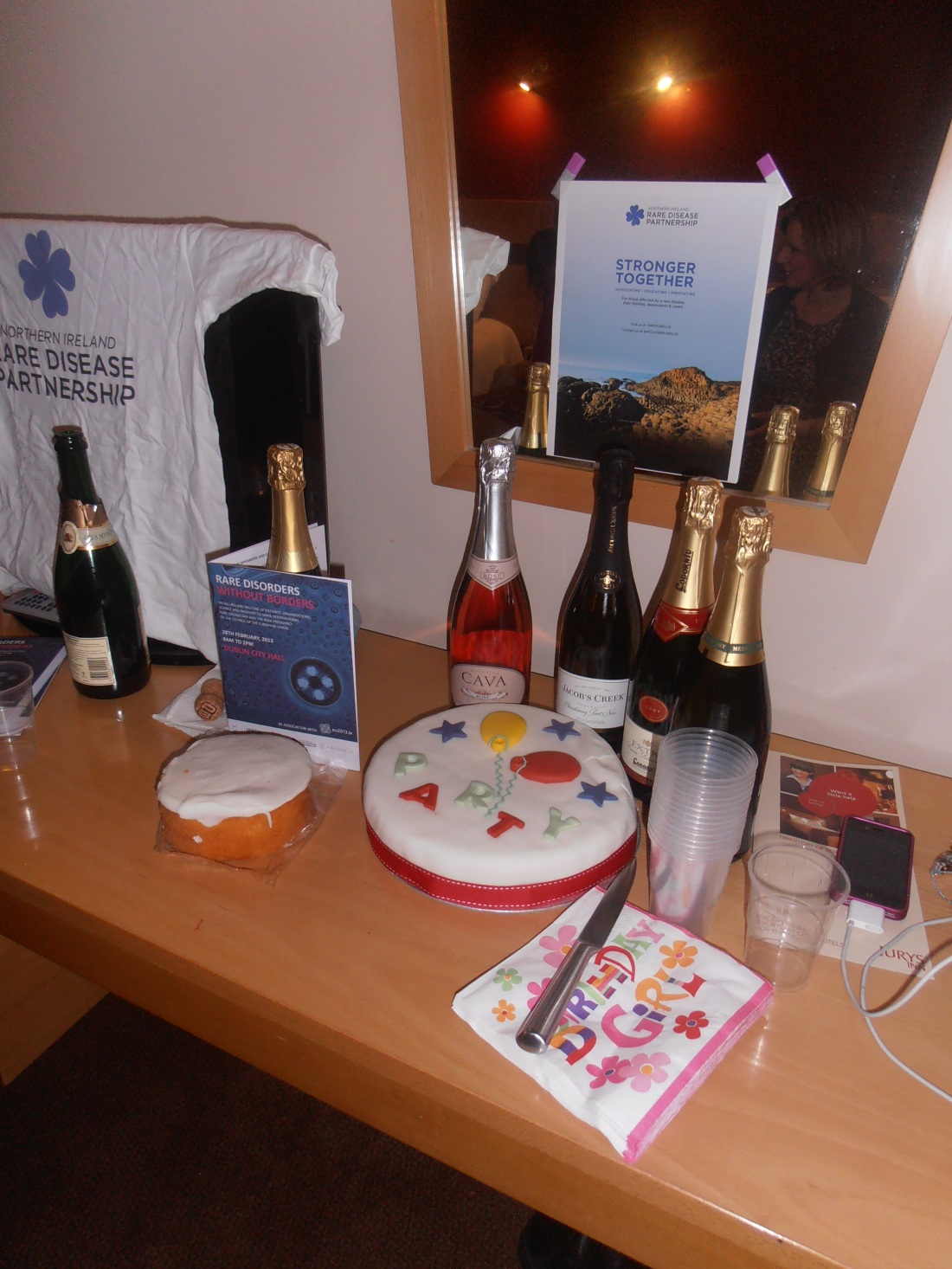 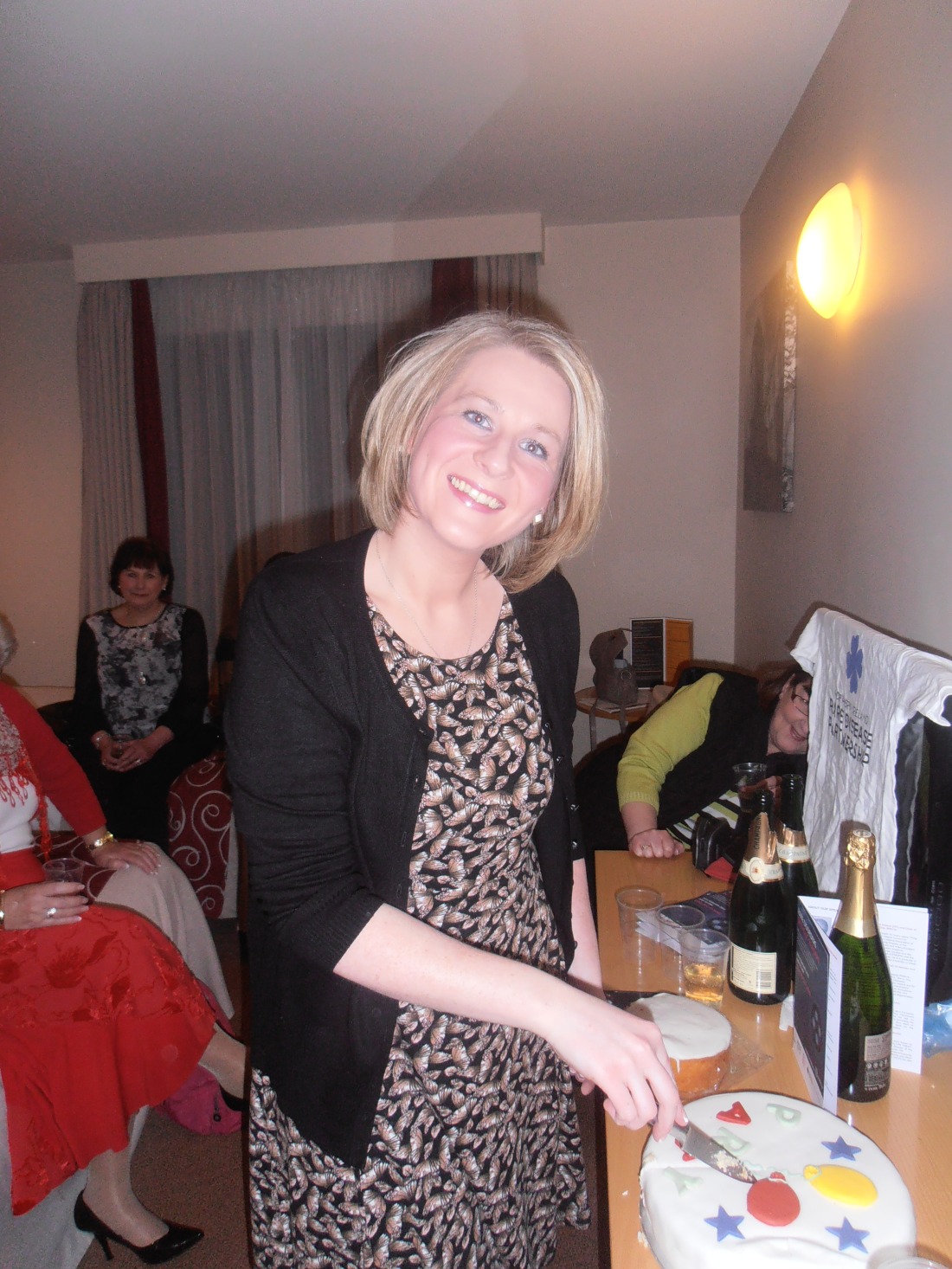 Downstairs, it felt a bit like being at a family wedding- I knew some people but wanted to get to know the others; we have the same issues and concerns and will maybe know each other for years after this.

I met Jamie, featured in this video, who lives with Ehlers- Danlos Syndrome. The film is informative, but I learned much more about him, his world, and the impact of his condition, as we blathered in the bar for a bit.

Doesn’t the valuable stuff often happen round the edges? Away from the pomp and formality, where we’re relaxed and informal.

Luckily, unlike some weddings, nobody lost the run of themselves and all went to bed at a reasonable hour.

We volunteers are professional after all.

View all posts by speccy

16 thoughts on “the day before”

what do you think? Cancel reply